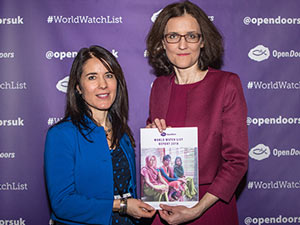 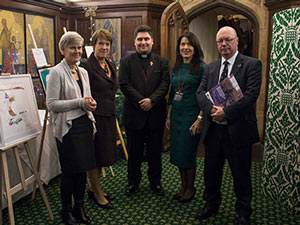 Your actions are changing lives. By speaking out, you loose the bonds of injustice for the persecuted. Here are some of the ways in which your campaigning is creating opportunities to speak truth to power.

Thousands of supporters invite their MP to Open Doors’ annual World Watch List launch. These faithful actions have produced amazing results. Around one-sixth of all MPs have attended the launch every year for the last three years! This level of support has, in turn, led to increased pressure in parliament. In 2018, the Foreign and Commonwealth Office was asked about each of the 50 WWL countries, and the Prime Minister was questioned about the World Watch List in Prime Minister’s Questions.

Hope for the Middle East

Thanks to the incredible global response to the Hope for the Middle East campaign, work continues to ensure Christians and other minorities have a future in the region. You have responded with amazing generosity and determination to bring about positive change in Syria and Iraq. You’ve kept hope alive – and yet there is much more to do. 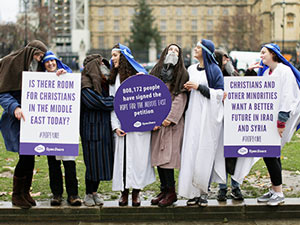 Your support is changing lives

The wheels of change often turn slowly, but we are already beginning to see the impact of Open Doors’ Hope for the Middle East petition - signed by over 800,000 people in 143 countries, including 186,930 people from the UK and Ireland! 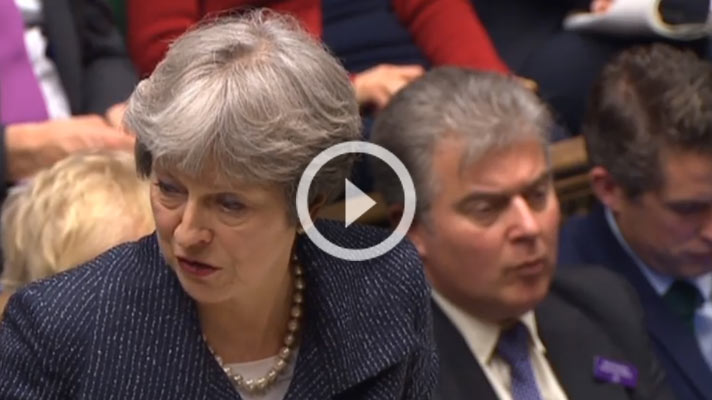 You may also remember Noeh, a boy from Iraq who fled his home with his family to escape Islamic State. Noeh helped to present the Hope for the Middle East petition to the UN in New York. There he met with high ranking UN officials who were exceptionally moved by his story. He was asked to write a letter to the President of the UN General Assembly outlining what had happened to him. As a result of this, Noeh’s voice will continue to be heard by the UN this year.

Noeh and the team also had the opportunity to meet with Mike Pence, the Vice President of the USA. Just a month after this meeting, it was announced that ethnic and religious minorities in northern Iraq are set to receive assistance worth US$55 million from the UN’s international development agency (UNDP), funded by the US government – such funding was a key call of the petition. The UK has also since announced funding to help involve Iraqi minorities in the reconciliation process – another central request of the petition!

All of this is only possible thanks to the prayers and support of people like you. Life for our church family in the Middle East won’t change overnight. But we’ve been supporting our church family in Syria and Iraq since before the crisis began. We are committed to supporting them for as long as they need us. Thank you for keeping hope alive.