Twenty people have been killed, a pastor abducted and the church burned down in the third church attack in Burkina Faso in recent days.

Yesterday there was a third terrorist attack on a Protestant church in Burkina Faso. Tragically, it's the deadliest of the three so far, with 24 people shot dead and at least 15 injured or abducted. The attack took place during the weekly service. The regional governer, Colonel Salfo Kabore, said in a statement that 'armed terrorists attacked the peaceful local population after having identified them and separated them from non-residents."

Open Doors hears from sources on the ground that the pastor was abducted - now believed to be among those killed - and the church building burned down. There are several people who have yet to be accounted for.

The attack took place in the town of Pansi, in the Yagha province in the north eastern Sahel region of Burkina Faso. Pansi villagers have fled to Sebba, nearby, where the previous attack took place. Please keep praying for the situation in Burkina Faso - which is at number 28 on the World Watch List, rising further than any other country.

Please pray for our family in Burkina Faso. In the early hours of 11 February, the deacon of the Evangelical SIM Church, Lankoandé Babilibilé, was shot and killed by unidentified gunmen in Sebba, north east Burkina Faso. His car was stolen and used to abduct Pastor Omar Tindano of the same church, along with two of Omar's daughters, his son and two nephews. Yesterday, the news broke that Omar, his son and his nephews had all been executed. His daughters were released, physically unharmed, on the same day. 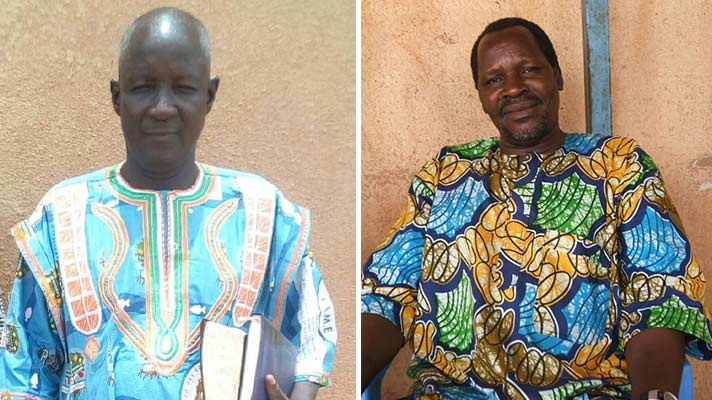 Burkina Faso has seen a sharp increase in Christian persecution recently - it is now at 28 on the World Watch List, jumping more than 30 places. Violent attacks account for this enormous rise, and tragically more than 50 Christians were murdered in 2019. There is a climate of fear for believers in Burkina Faso, and this attack comes less than a week after gunmen attacked an evangelical church in Nagnounbougou. At least two believers were killed in that attack.

"Christians in these areas are in need of urgent prayer and support," says Illia Djadi, an Open Doors senior analyst on freedom of religion or belief in sub-Saharan Africa. "They are traumatised and don't know how to handle all this violence. Even close friends and members of SIM church are reluctant to share details with reporters, fearing further targeting."

Your family in Burkina Faso desperately need your prayers. As we read in Galatians:  "Carry each other’s burdens, and in this way you will fulfill the law of Christ."

Thousands of believers from countries across the Middle East, including Syria, Iraq, Jordan and Egypt, have signed up to receive daily messages from Christians around the world - and you can write to them! Send encouragement today.