Marathon runners raise over £13,500 for our persecuted family

Did you catch any of the Virgin Money London Marathon this weekend? Amongst the estimated 62,000 participants – either at the live event in London or virtually – were a small group of Open Doors supporters. Together they raised over £13,500! We caught up with a few of them to find out how they got on…

Tim, Stephen, Katie and Mark all took part in the London Marathon, either at the live event or virtually

Last Sunday (3 October), 17 Open Doors supporters set out to tackle the 26.2 miles of the London Marathon, either in London or virtually on a course of their choice. Despite aches, pains and hitting the dreaded marathon ‘wall’, they all persevered and reached the finishing line – all in aid of our persecuted family.

A journey of prayer in London

“It was emotional, it was difficult at times, but it was a special experience,” said Mike, who ran in the live event. “I have supported Open Doors for a number of years now and I’ve just been so inspired by the work they do in supporting and strengthening the church where faith costs the most.” 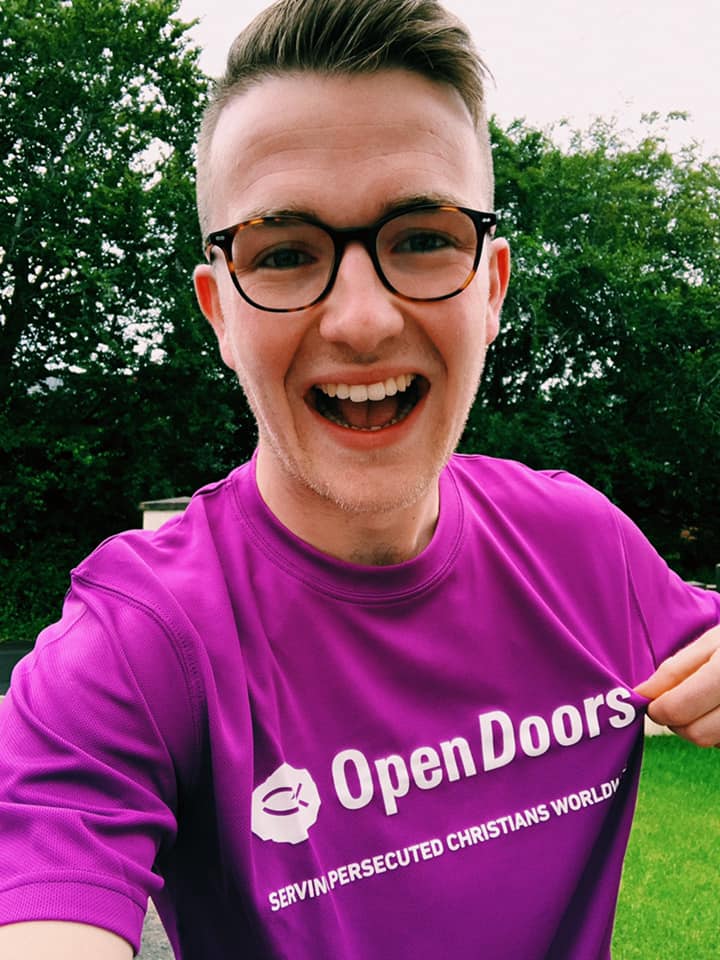 Mike ran in the
live event

Stephen was the other supporter to tackle the live event in London. Last year, he did the event virtually – also for Open Doors – but extended it to 50km to cover each country comprising the top 50 countries of the World Watch List. For Stephen, the two events have taken him on more than just a physical journey. “The runs have become prayer journeys,” he shared. “Yes, I’ve raised financial support, but praying for our brothers and sisters whilst running makes it feel more personal.”

Running for their lives across the UK

A further 15 people completed the marathon on courses of their choice. This included Dan, whose route took in – amongst other things – a rainbow, the glorious Yorkshire landscape and… a local rugby league legend! “Keep going!” Jamie Jones-Buchanan (assistant coach at Leeds Rhinos) said to encourage Dan. 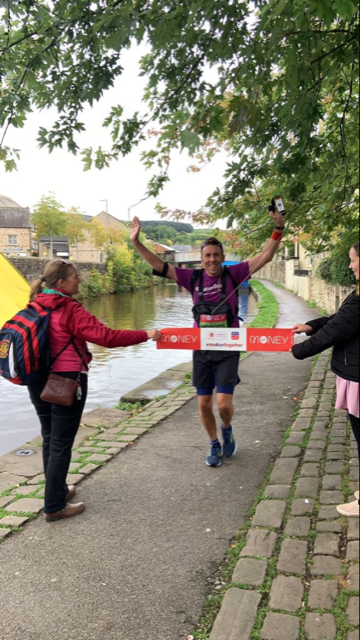 “My son ran the last two miles with me which was wonderful – firstly, to have some company, and secondly, as my energy levels were seriously low by that point!” he added. “Seeing my wife and daughter hold the finishing banner, and running through it in a time of 4 hours 16 minutes, was a super moment. We all celebrated together with a lovely pub lunch, which was a great reward for running the 26.2 miles!”

Kate did the 26.2 miles at Dorney Lake, near Windsor. “My running mantra was ‘I can do all this through him who gives me strength’ from Philippians 4:13,” said Kate, whose parents and husband cheered on, as did her two children who created posters for her. “Mummy, you were born to run!” displayed one of them.

“In the toughest moments of today I prayed for and remembered those who are targeted, hunted down and tortured simply for calling themselves a Christian,” said Emma from Oxfordshire, another virtual runner. “Thankful for their courage. I ran for their lives today.” 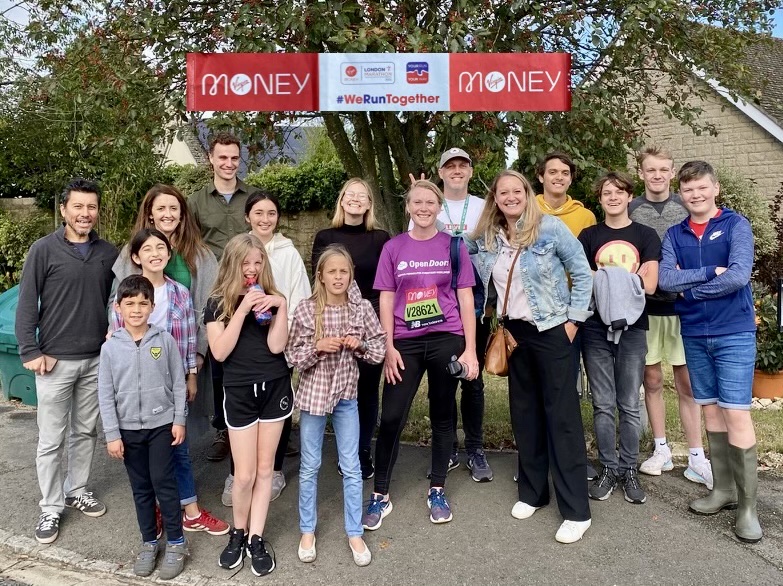 Emma celebrates with family and friends after running the 26.2 miles

Ruth also participated virtually. “Praying for my brothers and sisters in Christ around the world as I ran kept me focused and upbeat” she said. “It was a glorious way to spend a Sunday!”

And Tim – who completed a virtual route in Wiltshire – curated a music playlist which proved useful in more ways than one. “Not only did some of the songs help with my pacing, many of the worship tracks provided words and inspiration as I sought to pray through 50 countries on the World Watch List,” he said.

Together our amazing marathon runners have raised just over £13,500 for our persecuted family, with all funds going towards the relief fund, which will ensure vital aid reaches Christians who are facing emergency situations.

Are you feeling inspired to take on a fundraising challenge of your own? One of the wonderful things about fundraising is that it can involve anything – even the things you love doing! We’re constantly amazed at the creativity and ingenuity of supporters when it comes to fundraising. So, if you have an idea, go for it! And remember, we’re here to help you every step of the way. Simply head to our fundraising page for ideas, guidance and resources.

Please pray
Bake With Them

Do you enjoy baking? Would you like to try making dishes from around the world? Bake With Them is a resource featuring easy-to-make recipes from India, Nigeria and Syria for you to raise money for our persecuted family. 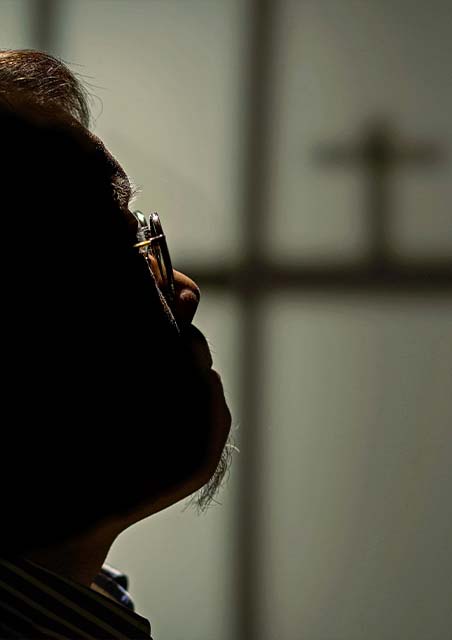 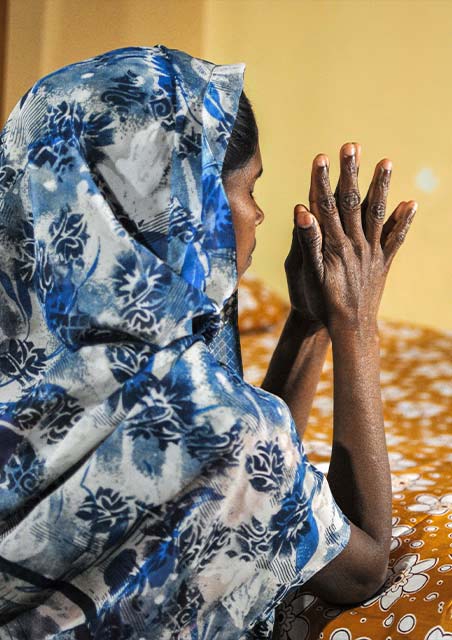 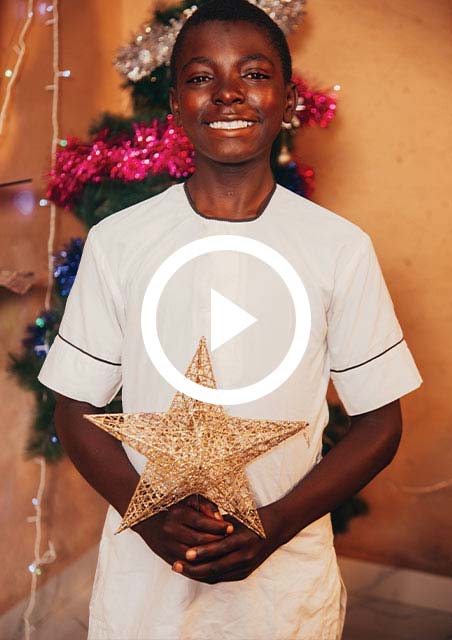