God is good! Asia Bibi, a Pakistani Christian who spent eight years in prison on blasphemy charges and six months in protective custody following her acquittal, has finally left Pakistan to be reunited with her family and start a new chapter in her life.

God is good! Asia Bibi, a Pakistani Christian who spent eight years in prison on blasphemy charges and six months in protective custody following her acquittal, has finally left Pakistan to be reunited with her family and start a new chapter in her life.

Henrietta Blyth, CEO of Open Doors UK and Ireland, said, "We are overjoyed that after years of unjust imprisonment and uncertainty while under protective custody, this devout Christian woman has finally been able to embrace her freedom. It has been a long and extremely difficult journey for her and her family. Asia Bibi’s steadfast faith is a true inspiration to millions of Pakistani Christians and to all of us worshipping freely here in the UK and Ireland."

Asia Bibi was arrested in 2009 after allegedly making derogatory comments about the Prophet Mohammad during an argument with a Muslim woman while working in the field. The Muslim woman had refused water from Asia on the grounds that it was 'unclean' because it had been handled by a Christian.

Asia was found guilty, becoming the first woman to be sentenced to death under Article 295C of Pakistan's penal code, which imposes death sentences for offences of defamation against Mohammad.

In the summer of 2015, Asia was granted leave to appeal her death sentence. Finally, in November 2018, she was acquitted of any wrongdoing and released from prison. But due to mass protests by anti-Christian hardliners, she was barred from leaving the country as an appeal against her acquittal was launched.

On 29 January 2019, the appeal was thrown out and the Supreme Court upheld its decision to free Asia. She remained under government protective custody in Pakistan while her two daughters were believed to have been granted asylum in Canada.

And today she is free to join them!

"We have been praying for over ten years," an Open Doors partner said, commenting on her absolute acquittal in January 2019. "And finally it’s a 100 per cent certain that she will be free. We thank everybody who has stood with us in prayer for all these years. The Supreme Court’s brave verdict and decision to stick with the acquittal means that it is still possible for a Christian to receive justice in Pakistan. Even though it took a very long time, there is hope."

THANK YOU FOR STANDING WITH ASIA 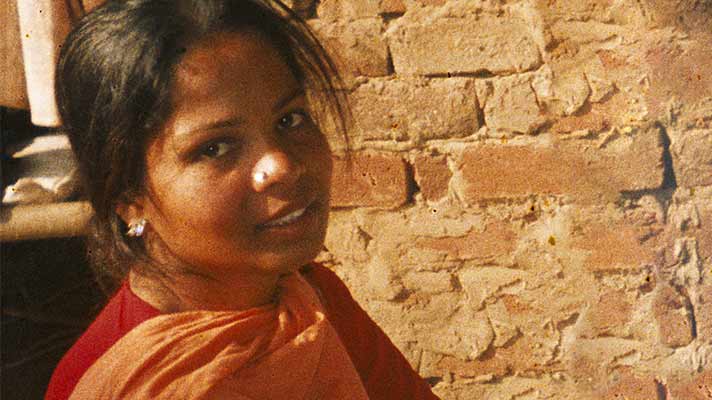 Thank you so much for all of your prayers. It has been a long, hard journey for Asia Bibi and her family, and God has been so faithful. Please continue to pray for God’s protection and blessing on Asia and her family as they begin this new chapter in their lives – and please pray for the four million Christians in Pakistan who continue to face discrimination and oppression for their faith.

Pakistan is number 5 on the World Watch List, Open Doors’ ranking of the top 50 countries where Christians experience the most extreme persecution. Historic churches have been subject to bomb attacks. All Christians suffer from institutionalised discrimination, with occupations that are seen as low, dirty and derogatory being officially reserved for Christians, most of whom are from the poorer classes. Blasphemy laws are often used to target Christians. Conversion from Islam brings great shame to family and community, and danger for the new believer.

You can support our persecuted church family in Pakistan and other countries where Christians risk everything for Jesus - every £33 could provide access to education and vocational skills for a Christian woman living in a country where believers face extreme persecution.