On Wednesday 23 May it will be one year since Marawi, a city on the Mindanao island of the Philippines, was invaded by Islamic extremists. The Maute group, an affiliate of the self-proclaimed Islamic State (IS), held the city for five months, displacing 98 per cent of the population. Your support and prayers helped to provide vital aid for our brothers and sisters who were forced to flee their homes, and Open Doors partners have begun repairing homes and rebuilding lives.

On Wednesday 23 May it will be one year since Marawi, a city on the Mindanao island of the Philippines, was invaded by Islamic extremists. The Maute group, an affiliate of the self-proclaimed Islamic State (IS), held the city for five months, displacing 98 per cent of the population.

Today, the siege is over, but the scars of the war remain. Over 3,000 buildings have been destroyed; most of the city is still cordoned off to the general public, waiting to be rebuilt. Many buildings are marked with the letter ‘X’ – one X means that the militants were present, while 2 Xs means the presence of weapons or bombs. An estimated 50,000 people are still in temporary shelters. 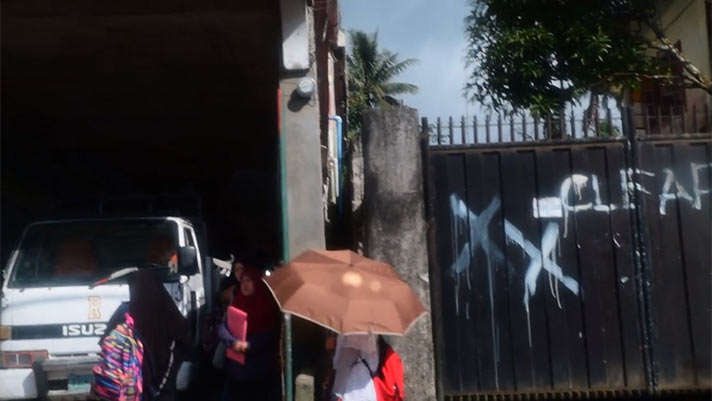 Your support and prayers helped to provide vital aid for our brothers and sisters who were forced to flee their homes. Pastor Leo*, pictured below, is one of Open Doors partners in Marawi who helped to distribute aid during the siege. He says, “We were really thankful to God for providing our needs. You helped us… It is good because God was with us. He helped us survive the war in Marawi.”

His daughter, a nurse in a hospital, was held hostage. He remembers, “It was three o’clock in the afternoon and my daughter was about to go home when the attackers came.

“I was on my way to pick her up and before I reached the hospital, she called telling me that there were ISIS and Maute who attacked them and took control of the hospital. She also said that there were already many dead including the security guards and policemen. There were other Christian hostages while the others ran for their lives.” 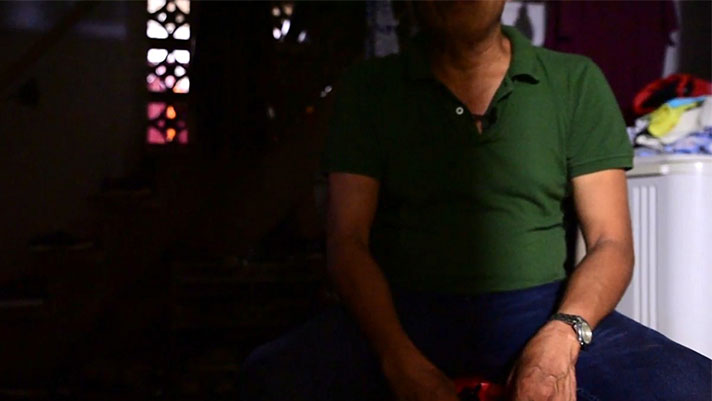 Thankfully, Leo’s daughter survived and eventually managed to escape. God also protected Leo when he came into contact with the militants. He says, “They told me face to face that they will behead me. But I just told them that God is the owner of my life and regardless of whatever they’ll do to me, God is my protector and deliverer. So the best experience I had during the siege is God’s hands upon us, protecting and guiding us all the way. He saved our lives and delivered us, my family and children from the hands of the enemies.”

'Thank you so much for your kind and generous hearts'

One of those who received relief aid was Sarosa*. She said, “We received financial aid, several pair of clothes, rice with canned goods, toothpaste, and soap. We were provided completely with everything. Jesus is real, because His help is real to us, to me, and to my family. I will never forget it.”

Open Doors partners have begun repairing homes, including the Sarosa’s home, and also helping displaced believers start small businesses. Ayesha says, “Many [people] lost their jobs because of the war, and how we’re going to respond to that is very important. It is their daily sustenance. If they don’t have jobs, they don’t have food to eat.”

Henry*, a carpenter, was caught up in the siege and held hostage by the Maute for eight days. During this time he saw many people being tortured, raped and killed but, by God’s grace, was able to escape to safety during the chaos of an airstrike. Once the siege was over Open Doors provided him with a set of tools to enable him to restart his business.

Open Doors is also running reconciliation projects, to help Christians to forgive those who have hurt them. Ayesha says, “How are we going to become a source of encouragement to them in such a way that they will be inspired to still stay in Marawi, and reach out the locals in Marawi in spite of what had happened? That to me is really the most painful part – to reach out to those who caused the death and destruction of your loved ones and took you out of your normal lives. This is the most painful thing and the most challenging need that we need to rebuild as Open Doors.”

One believer who took part in a reconciliation session recently said, “I learned that even though we are affected by the war, we must still show God’s love and always be light and salt in our community.”

Stand with your church family in Marawi

Our workers and partners in the Philipines have asked us to continue to pray with them. Leo says, “We really need rehabilitation and that is our prayer, not only physical rehabilitation. There is a need for people in Marawi to know and accept Jesus Christ.”

Ayesha, pictured above, says, “We need to pray for God to raise people whom we can work in partnership with us in ministering to the churches in Marawi. Our partners and co-workers need a lot of prayer too – they need strengthening and encouragement, especially after this war, because many of them lost heart and were discouraged. They don’t know if their place will be peaceful again. There are many things to pray about. Things that only God can provide.”

The Philippines is not on the Open Doors 2018 World Watch List, but believers from Muslim backgrounds are particular targets for persecution in the Philippines, and even now the siege of Marawi is over, Islamic extremists are still active – three weeks ago two people were injured after a bomb went off outside a Catholic cathedral in the city of Koronadal, which is a seven hour drive from Marawi. Open Doors has been working in the Philippines since 1992.

Give to the work of Open Doors in south east Asia.

You're invited to Standing Strong 2022