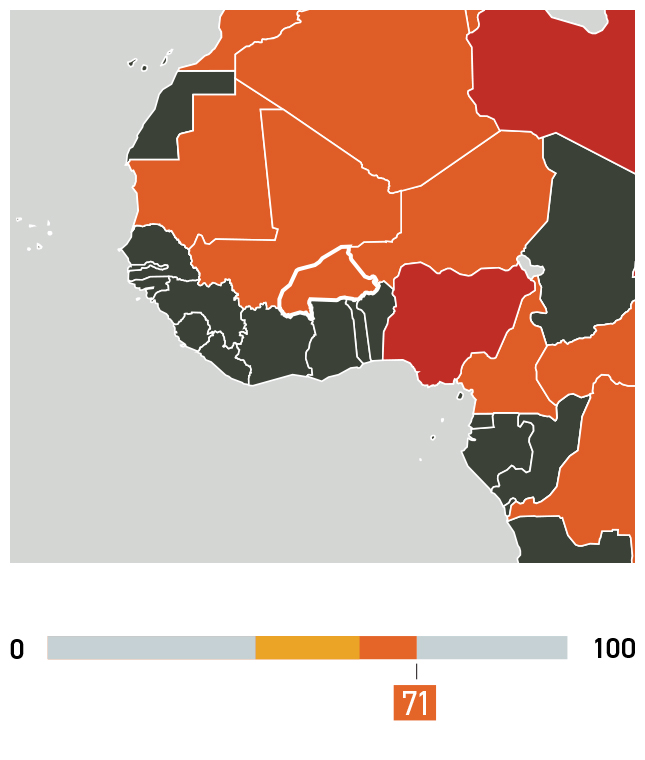 How many Christians are there in Burkina Faso?

Among Burkina Faso’s 22.1 million people are some 5.2 million Christians, which equates to 23% of the population.

How are Christians persecuted in Burkina Faso?

The expanding influence of jihadist groups in Burkina Faso is having a catastrophic impact on Christians.

Believers have been targeted and killed in villages, churches and workplaces, and hundreds of churches have been forced to close, with many having been destroyed. The threat from extremist Islamic groups has even spread to cities that were previously beyond their reach.

Meanwhile, in addition to being targeted by jihadists, Christians from Muslim backgrounds face enormous pressure from families and communities to renounce their faith. Many are afraid to express their faith in public because of such threats.

There are over a million internally displaced people in Burkina Faso, a significant number of whom are Christians who have fled the rising jihadist violence.

“I want those who did this awful thing not to die without knowing Jesus Christ.” Martine, whose father and husband were killed in an attack by Islamic extremists

On 28 April 2019, Martine’s pastor and father closed his sermon with a question. “What was the last word of Jesus?” to which Martine responded: “Father, forgive them, for they do not know what they are doing.” (Luke 23:34) The church then prayed for their enemies.

Ten minutes after the service, a group of Islamic extremists attacked the church and killed several men, including Martine’s father, husband, brother and brother-in-law.

“My father said that if it is because of the name of Jesus that people want him to flee, he will never flee this village,” Martine recalls. “Even if it would mean death, he would die for the name of Jesus. He would not be afraid of what can only kill the body but not the soul.”

Martine is among 87 widows to recently benefit from trauma care provided by Open Doors local partners. “I have rediscovered joy through the teaching,” she shares. “I got peace of heart. The teaching has renewed my life. And it has renewed my strength.”

“Since I received the teaching, the words of love that I heard, if I can take those words as example and have victory, I also want other widows to have the same,” Martine continues. “If the others get the same, I don’t believe hatred and troubles will be in our widow-hearts.”

Is it getting harder to be a Christian in Burkina Faso?

Yes, with the country rising from number 32 to number 23 on the World Watch List. The targeting and killing of Christians due to the rising influence of Jihadist groups has created an environment of fear, with many Christians being too scared to attend church services or send their children to school.

Political uncertainties have exacerbated the situation. Two coups took place last year in response to the deepening insecurity in the country, causing added chaos and providing fertile ground for extremists to strengthen their influence. Furthermore, a society once known for cross-religious harmony has become very intolerant towards non-Muslims, with converts and other Christian groups facing increasing levels of pressure for their faith.

How can I help Christians in Burkina Faso?

Please keep praying for your brothers and sisters in Burkina Faso. Your gifts and prayers make an enormous difference to those following Jesus no matter the cost.

Lord Jesus, protect Your children from harm in Burkina Faso. Thwart all evil plans of Islamic extremist groups and bring an end to their influence. Heal, comfort and restore all those affected by persecution; pour fresh hope into their hearts. Strengthen Christians in the face of opposition and use them as beacons of light in their families and communities. Bring political stability to the country and equip the government and security services in their efforts to counter rising jihadism. Amen.