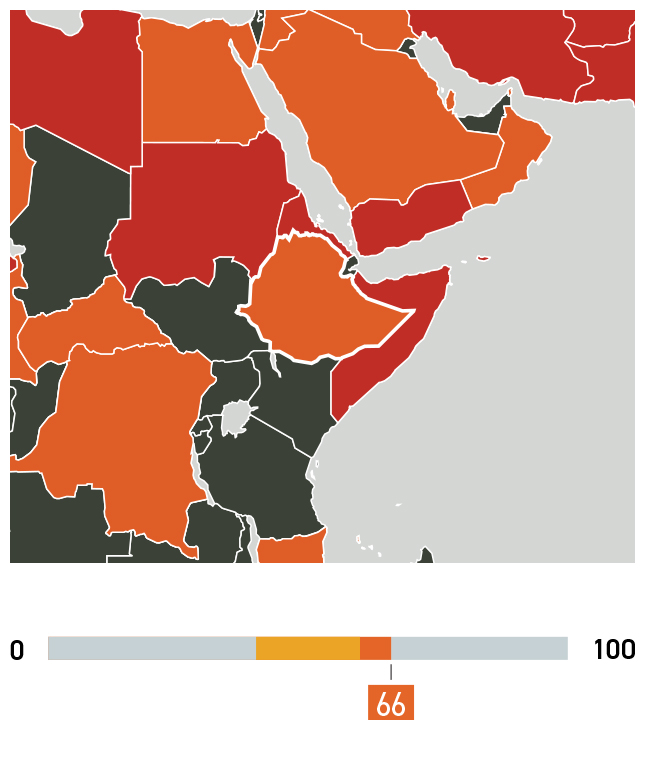 How many Christians are there in Ethiopia?

72.4 million people in Ethiopia identify as Christian, making it the majority religion in the country.

How are Christians persecuted in Ethiopia?

Christianity may be the majority religion in Ethiopia, but the true situation is much more complicated. Christians living in certain areas and from certain backgrounds can lose everything for their faith.

People who convert to Christianity from Muslim backgrounds, particularly in the east and south east of the country, risk harsh mistreatment from their communities. Women face the threat of rape, forced marriage or (if married) divorce and separation from their children. In some areas, Islamic extremist mobs have attacked churches, taking advantage of a general rise in political violence. Christian converts can be threatened with death and are often forced to flee their homes.

There is also persecution for Christians who move from a traditional Ethiopian Orthodox Church background to a Protestant, evangelical or non-traditional denomination. It is thought that all major churches in Ethiopia have experienced government interference in appointing their leaders.

Parts of Ethiopia are tribal, and Christians in these areas are expected to take part in tribal conflict. Believers who refuse to participate may experience violent backlash from the community.

Ruth (name changed) grew up in a Christian family – but part of the Ethiopian Orthodox Church, so when she decided to become an evangelical Christian, she was rejected by her family. Before this, she hadn’t properly understood the gospel. A friend’s mother shared it with her - “I was told clearly ‘Lord Jesus saves, salvation is through Christ’. When she told me there is no way to be saved other than Him, I decided to follow Him.”

Learning that God doesn’t require endless rituals or fasting to be in relationship with Him made the decision easy. However, at that young age, she couldn’t foresee the fall-out her decision would have. For two years, Ruth secretly worshipped with a small local church. Then her family discovered a Bible in her room. Very quickly the dreams she had of receiving an education and a promising future vanished.

“The area I come from is dominated by traditional religion, so it’s very difficult to live there as an evangelical Christian,” says Ruth. “Family and community life is dictated by traditions and rituals. It is a very small city, so almost everyone knows each other. If you are an evangelical Christian, they will know. They refuse to talk to you or even have any kind of relationship. Right now, my family doesn't talk to me at all. Isolation is painful. It’s hard to understand how my family, who used to love me, could suddenly hate me.”

But Ruth’s faith remains strong: “May God be praised, even if life is hard now, even if I am not living the life I thought I would and continued my schooling like my peers, I am still here saying tomorrow will be better.” Thankfully, Open Doors partners were able to send her on a hairdressing course, so Ruth will be able to earn her living.

How can I help Christians in Ethiopia?

Please keep praying for your brothers and sisters in Ethiopia. Your gifts and prayers make an enormous difference to those following Jesus no matter the cost.

Open Doors works through the local church to strengthen Christians in Ethiopia with leadership and persecution survival training and economic empowerment projects.

Lord Jesus, we pray for justice for those who have come to know You in Ethiopia. Please intervene to protect their rights and change the hearts of their families and neighbours. We pray that all the believers facing hostile situations will know Your presence with them and keep hold of their joy. We pray You would equip those bravely taking the gospel to dangerous places. And we long to see different churches come to understand and love one another throughout Ethiopia. Amen.