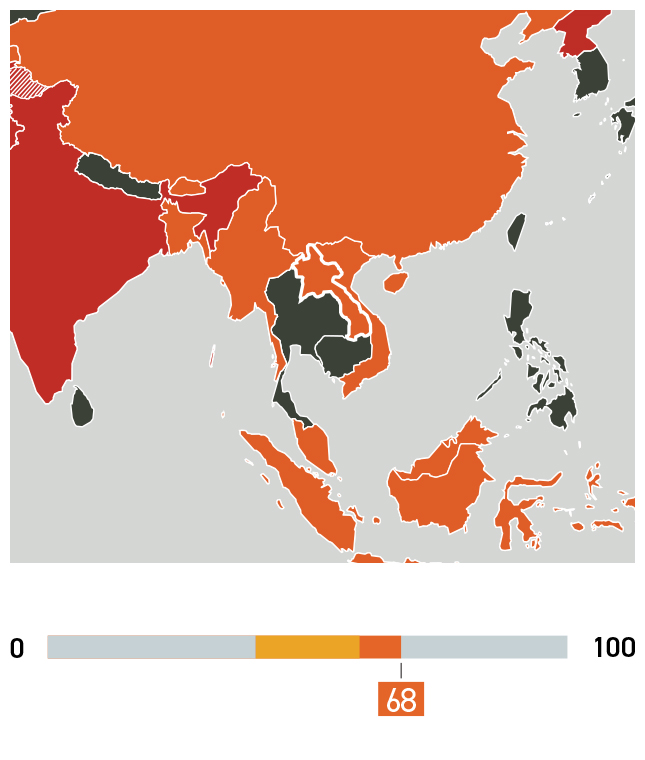 How many Christians are there in Laos?

Christians are a minority in Buddhist-majority Laos. In a population of just under 7.2 million, there are only around 199,000 believers.

How are Christians persecuted in Laos?

In Laos, some churches are registered and heavily monitored, but others cannot get permission to meet and have to operate secretly. Even among the government-approved churches, few have permanent buildings of their own and have to meet in homes. Christians are generally viewed as Western-influenced 'enemies of the state'.

The leaders of unregistered churches have been arrested and held for as long as a year; their families and churches have to pay huge sums of money for their release. In most cases, local authorities are the source of persecution, frequently cooperating with the community and families.

Christians face discrimination in the workplace, and may be barred from or lose their government jobs when their faith becomes known. The lack of educational and professional opportunities has contributed to Christian boys and men getting ensnared in drug addictions. Pastors in northern Laos say that Christian girls are increasingly targeted as brides to be trafficked into China.

People from the Buddhist-animist community who become Christians face pressure and violence from their families and the local authorities. The community often gets stirred up against them, until the new believers are expelled from their home village.

Marriage is a particular issue for Christian women in Laos. In the culture, high value is placed on a woman's marital status, and a woman not married by a certain age is deemed to be worth less and not a good person. Few men want to marry a Christian woman in Laos, so they are more likely to remain single and face insults and threats.

At home, a woman who expresses a Christian faith may be beaten, isolated or disowned by her family. It can be very hard for a woman to provide for her family if her Christian husband is arrested or has to pay a large fine.

“There are times when I feel like it’s me against the world and that the Lord has not provided me with people. But God sends people. He used your ministry.” Sop, a persecuted Christian who used literacy classes to help change their community's opiniong

Sop* is from northern Laos. Before following Christ, Sop only knew Buddhism. He was clueless about who God was. He lived in a staunch Communist village, where the authorities were king, and village chiefs had their way. But when he became a believer, everything changed.

He and his wife Dara* have led many others to faith, but they have also faced violent persecution – they have been forced to leave their village, had their pigs poisoned, had their rice farm set on fire, and the children have been isolated at school and discriminated against by their teachers.

Sop says, “There are times when I feel like it’s me against the world and that the Lord has not provided me with people. But God sends people. He used your ministry.”

The support and prayers of Open Doors partners enabled Sop to attend a house church leaders gathering, where he could meet with other believers who had also faced persecution, to encourage one another. Sop and Dara have also received training from Open Doors partners in how to teach literacy, and their classes have helped to soften their community towards them. But they are still being continually watched by the local authorities and prohibited from meeting together for worship.

Is it getting easier to be a Christian in Laos?

Laos has fallen five places in the World Watch List, but not much has changed in the country. The fall is mostly because persecution worsened in other countries. In October 2022, the news of the killing of a pastor in Khammouane province shocked the Christian community.

How can I help Christians in Laos?

Please keep praying for your brothers and sisters in Laos. Your gifts and prayers make an enormous difference to those following Jesus no matter the cost.

Lord Jesus, give Your children in Laos strength to stand firm against the pressure many of them are facing. We pray that Christians would meet together and encourage one another, undetected by the surveillance of the state. Guard and strengthen the faith of house churches whose pastors are detained. When village members come to know You, we pray that their neighbours would be amazed by their stories instead of driving them away, and that many more would come to know Your freedom in this restrictive country. Amen.