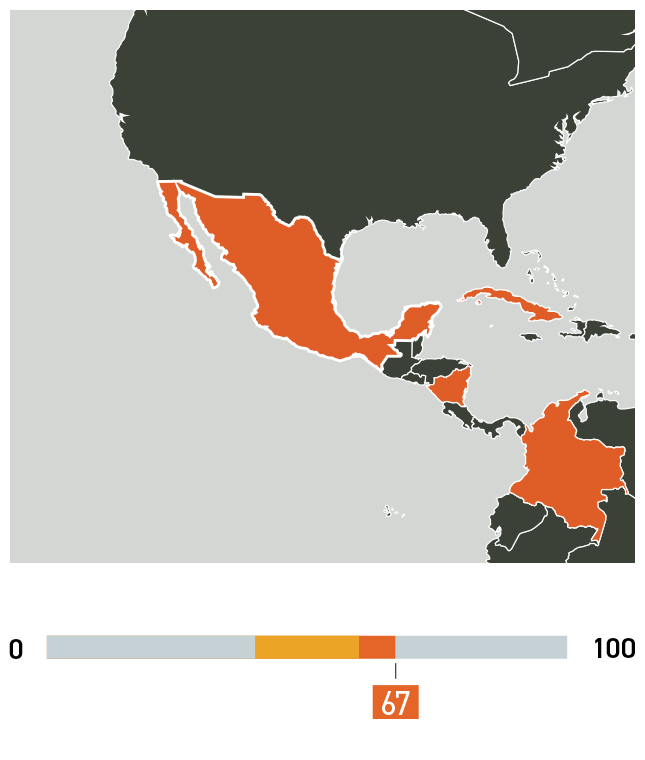 How many Christians are there in Mexico?

Over 95% of Mexico’s 131.6 million population are Christians – but it’s still a country where believers can face opposition for their faith.

How are Christians persecuted in Mexico?

There are an estimated 150 organised crime gangs in Mexico, financed by powerful drug cartels. Christians living in their territories risk being targeted. Gangs will target and threaten men as the heads of families and churches, to intimidate the wider community. A huge number of young men are killed by the gangs; the loss of young men undermines families, communities and churches across Mexico. Last year saw the highest record of incidents of violence against Christians in Mexico.

Christian leaders in particular can be viewed as a threat or defiant to a gang's authority and stability. When Christians refuse to carry out a gang's demand, or speak out against crimes, their church is soon in the firing line. The impunity and political instability contribute to the lack of justice when several pastors and priests have been kidnapped and held to ransom, badly beaten, or killed.

Mexico has one of the highest rates of human trafficking in the world. The organised crime gangs abduct women and traffic them into sexual slavery. Sometimes Christian girls are targeted as they are seen as easier to influence, or because they are seen as enemies of the cartels.

Christians don’t just face persecution from these gangs. In rural areas, new Christian believers who come from more ancestral and traditional backgrounds (mostly beliefs related to Roman Catholic faith) can be beaten, fined, harassed, denied use of public services, rejected and forced to displace by their communities.

In general, intolerance and scrutiny of Christians speaking out on social issues is increasing, as Mexico becomes radically secular.

“They kidnapped me in the middle of the night.” Pastor Cazares, who has abducted by a criminal gang

Pastor Cazares was kidnapped by a drug cartel in the middle of the night. The criminals wanted him to pray to ‘clear the negative energy’ left in the room where they had killed several of their victims. While the pastor is always keen to pray, of course, the violent and threatening way in which he was seized were very intimidating and upsetting.

The gangs, as de facto authorities in the most neglected areas, also give fines and extort money from church leaders, believing they must have access to some church funds. These illegal groups have diversified and strengthened their networks across the whole country, so Christian leaders, especially those carrying out activities as human rights or environmental defenders, are at high risk of death, recruitment, sexual harassment, abduction, and forced displacement, as well as other forms of violence. Their relatives are also at risk.

How can I help Christians in Mexico?

Please keep praying for your brothers and sisters in Mexico. Your gifts and prayers make an enormous difference to those following Jesus no matter the cost.

Father God, protect our brothers and sisters in Mexico who live in the shadow of criminal gangs. Help Christians to face violence with courage and to speak out against corruption in the country. May their integrity and love impress their persecutors. We pray that the authorities will be able to bring stability, employment and justice back to Mexico. Amen.