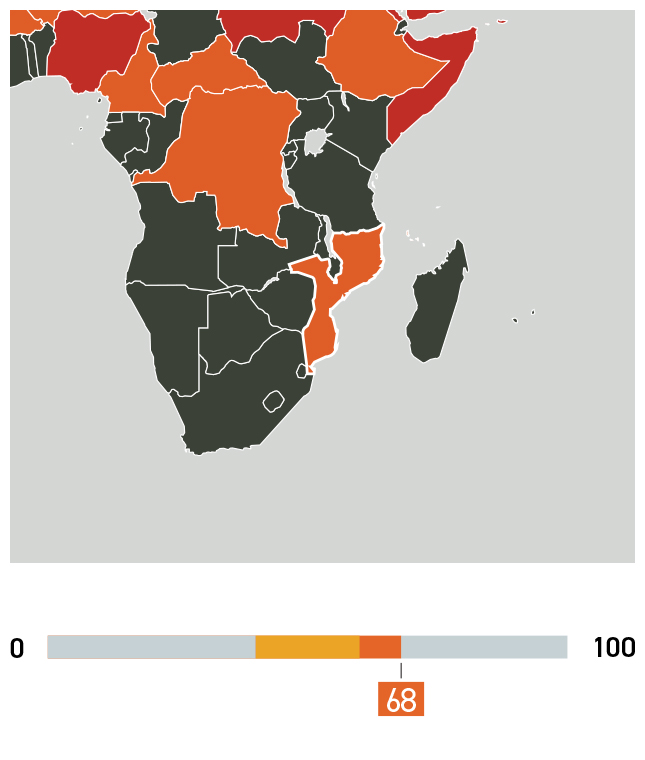 How many Christians are there in Mozambique?

Over half of the population of Mozambique are Christians – 18.6 million of the 33 million people living there.

How are Christians persecuted in Mozambique?

Christians face persecution from the growing presence of Islamic militants, particularly in the northern region of Cabo Delgado, where insurgents such as the Islamist group al-Sunnah wa Jama'ah (affiliated with so-called Islamic State), and fighters with links to Somali group al-Shabaab, are enforcing a reign of terror. They have burned down churches and schools and tens of thousands of people have fled from the northern part of the country. People either stay in the region under daily threats of abduction, or they flee their homes and communities and fend for themselves. Hundreds of thousands of people are now living in camps for internally displaced people. Many are traumatised by the violence, and those who are forced into marriage or the militia are often plagued by shame or stigma.

In other parts of the country, Christians who convert from Islam or traditional African religions often face pressure from their families to renounce their faith. Many Muslim families living in Mozambique force suspected female converts to marry a Muslim man to keep them away from Christian activities. Married women face divorce if they convert to Christianity. In some cases, they lose custody of their children and may be denied their due inheritance.

In some areas, drug cartels persecute Christians and target church youth workers in particular. Tensions in the country are exacerbated by government restrictions on freedom of religion, such as bans on all religious influence in public educational institutions and cumbersome registration requirements for religious groups.

“Those evil people came and destroyed us. They put us in poverty, now we have nothing.”Lorena, who was widowed in an al-Shabaab attack

“What happened there is those evil people came and destroyed us,” says Lorena (name changed) of the day when al-Shabaab militants attacked her community. “They put us in poverty, now we have nothing... They hung us out to dry. We had things, but when they arrived, they destroyed and burned it and left us in poverty.”

The entire village was caught off guard when the insurgents struck. The men were out fishing and the women and children were in the village going about their chores. “We heard that al-Shabaab were coming. So, we left our village and fled to our fields. But our husbands were out fishing, they captured them when they came to shore.”

The militants killed all the men, forcing the women and children to witness their brutal attack. The survivors fled the village, losing their homes, community and livelihoods alongside their loved ones.

Lorena is still traumatised by the attack. “When I remember what happened, I cry and tears come because I lost many things,” she says. But her faith in God remains. “In no one else I trust, only in God and Jesus Christ. Because He did not leave me.”

Is it getting harder to be a Christian in Mozambique?

Violence in the north has become more widespread and brutal, with Christians being particularly targeted. The northern province of Cabo Delgado is now in the grips of Islamist insurgents who have killed between 2,500 and 3,300 people in the area. Around 800,000 people have been displaced in an attempt to escape the violence.

How can I help Christians in Mozambique?

Please keep praying for your brothers and sisters in Mozambique. Your gifts and prayers make an enormous difference to those following Jesus no matter the cost.

Heavenly Father, cast Your protection around those affected by persecution in Mozambique. Provide for the thousands of displaced people and give them shelter, food and water. Please look after those children who have been abducted into forced marriages, and militant groups. Let them know Your love for them and intervene to give them freedom. Stifle the plans of Islamic extremists and work in their hearts to turn them away from hatred and violence, and towards Your love. Give our brothers and sisters in Mozambique a land in which they are safe. Amen.