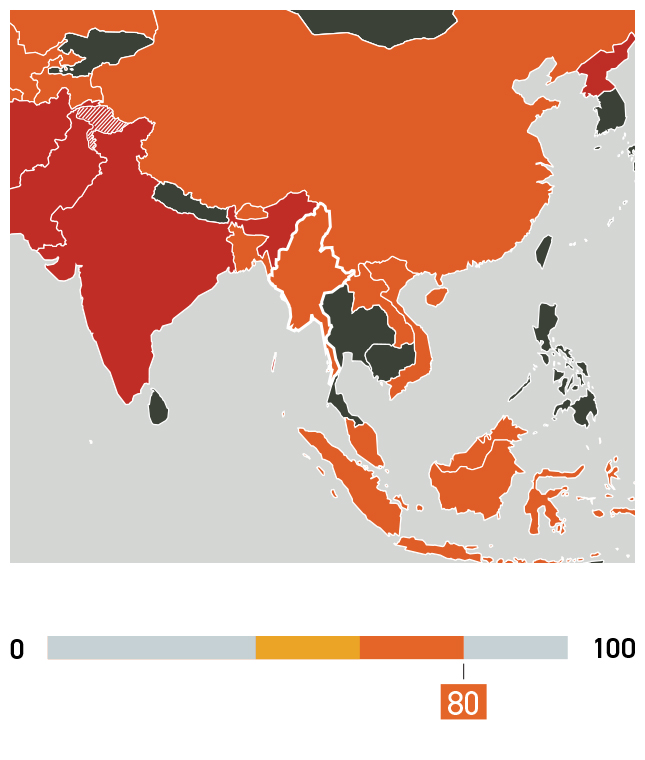 How many Christians are there in Myanmar?

The Buddhist-majority country has 4.4 million Christians, which is just eight per cent of the country’s population.

How are Christians persecuted in Myanmar?

The persecution of Christians in Myanmar continues to worsen since the military took control in February 2021. Fighting has increased across the country and the Christian minority is bearing the brunt of these attacks. Churches have been attacked and destroyed. More Christians than ever have become internally displaced people or refugees, and are living in camps or churches without adequate food and healthcare.

The daily reality is that Christians do not enjoy the same rights and legal protection as the Buddhist majority. Christians are often victims of violent attacks conducted with impunity. Even in predominantly Christian states like Chin State and Kayah State, long-established churches have suffered attacks and Christian aid workers and pastors have been killed. Government forces attack Christian villages and churches, while Buddhist monasteries remain largely untouched.

Converts to Christianity also face threats, ridicule and physical beatings from their Buddhist, Muslim or tribal families, and are shunned from community life. Communities that aim to stay 'Buddhist only' make life for Christian families impossible by barring their access to community water resources.

Na Ta La schools aim to convert Christian children to Buddhism, which is an effective way of stopping Christianity from spreading to the next generation. The boys at these schools are raised to become Buddhist monks.

“If they hate someone, they are not afraid to kill them, no remorse nor guilt. That’s the way it is here." Naomi, a pastor's wife

Naomi* is a pastor’s wife living in a small farming village in Myanmar. She knows what it’s like to be an outsider because of her faith – when her family moved to the village, they were its first Christians. People in this community are devotees of both Buddhism and Animism – practising witchcraft and trying to summon spirits.

“There are nine Buddhist monasteries and schools in this village. But people here also worship their forefathers, the demons, and deities,” says Naomi. “If they hate someone, they are not afraid to kill them, no remorse nor guilt. That’s the way it is here.”

But Naomi and her husband, Moses*, remain determined to share the love of Jesus. “We have the desire to share the gospel to the people here and we must be able to endure suffering and persecution,” she says.

Naomi persevered even after the tragedy of her son dying. It even led her to a new ministry. “Because of the death of my son, I felt compassion to the poor and the orphans,” she says. “I take them in to my home, feed them with the food I eat. I teach them God’s word and songs. I take care of them as if they were my own.”

Not all locals welcomed their ministry. Moses was violently attacked during a Bible study in a village café, and his motorbike was vandalised. A few days later, the same assailant harassed them again, throwing stones at them.

This courageous couple continue to take big risks to serve the Lord. “When I think about how God takes care of me and His greatness, I am at peace, thankful and satisfied,” says Naomi. “The Lord protected me when I walked through the valley of the shadow of death. He gives me strength and encourages me. I am not angry at my persecutor.”

Is it getting easier to be a Christian in Myanmar?

Myanmar has fallen two places on the World Watch List, but persecution has actually got slightly worse. The reason the rank has dropped is because persecution has worsened in other countries.

How can I help Christians in Myanmar?

Please keep praying for your brothers and sisters in Myanmar. Your gifts and prayers make an enormous difference to those following Jesus no matter the cost.

Heavenly Father, the weight of this length conflict in Myanmar threatens to eliminate hope and unity in Myanmar's population. Encourage Your people and let them know that we stand with them in their pain. Strengthen our brothers and sisters with the fellowship, training and every-day provision that they need. Thank You for the powerful ways in which You are working through the church during this difficult time. Give Christians courage, resources and revelation as they seek to respond to this crisis. Bring an end to the conflict. Amen.