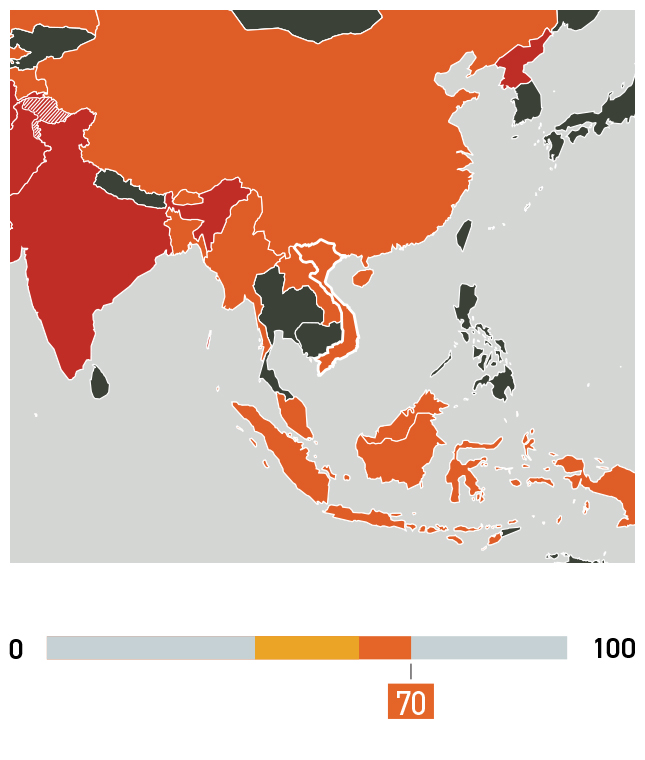 How many Christians are there in Vietnam?

There are 9.4 million Christians in Vietnam, from a population of around 99 million. Most of the population is Buddhist.

How are Christians persecuted in Vietnam?

The level of persecution Vietnamese Christians experience may depend on their particular denomination or background. Historical Christian communities (like Roman Catholic churches) enjoy a certain amount of freedom – unless they become politically active, which can lead to church leaders being put in prison. But non-traditional Protestants, along with converts from indigenous religions, often face intense pressure and violence for their faith, especially in the remote areas of central and northern Vietnam. Christians are harassed in the workplace and may face discrimination for their faith, while Christian children are ostracised at school and may be pressured to reject their faith.

Since religion is closely identified with ethnicity in these regions, leaving a traditional belief for Christianity is seen as wholesale rejection of culture and community. Most believers belong to the country’s ethnic communities, like the Hmong, and face social exclusion, discrimination and attacks.  Their homes are sometimes destroyed, and they are then forced to leave their villages. Sometimes, the local communities will leverage the absolute power of the local communist government to persecute Christians who stray outside of the traditional belief system. Some Christian women, particularly converts and those in tribal cultures, may be forced into early marriages. Indeed, these marriages cause some women to give up their Christian faith or stop practising it.

Christian men in Vietnam may face discrimination and harassment at work or lose their jobs. Because men are the primary providers in Vietnam, this loss paralyses the whole family economically and weakens their place within society. If they are church leaders, their congregations may even face closure. Christian men in Vietnam are targets for faith-based arrest and abduction, causing many to flee their villages. Generally, once in custody, Christian detainees suffer harsh treatment, physical beatings and pressure to renounce their Christian faith.

“When a person or a family in the village decides to follow Christ, they can easily evangelise the whole village. This is why, when someone becomes a believer, he will be kicked out of the village.” Nguyen van Quan is a Vietnamese-born pastor and open doors partner

Nguyen Van Quan (name changed) is persecuted believer and an Open Doors local partner in Vietnam. “I came from a Buddhist family,” he says. “I didn’t know anything about Jesus until 15 years ago. I went overseas to work there and met a missionary who introduced Christ to me. Five years after my conversion, I went back home and shared Jesus with my family and relatives. They listened, but they also reported me to the local government and the village chief. The local authorities went to my house and forbade me from following Jesus. They threatened me, saying that if I continued to follow Christ, they would put me in prison. Then my parents and my relatives denied me as a member of the family.”

Christian converts from ethnic minorities, including the Hmong tribe, are the most vulnerable to persecution. “Before the believer is cast out [of his village], he experiences other pressures,” Nguyen shares. “First, when the village chief knows that he converted, he will be reported to the local authorities. Then they will come to talk to him to recant his new faith, forbid him from sharing, and threaten him. If he still continues to believe, the authorities threaten to cut his government benefits. Sometimes, his children will not be allowed to go to school. If he still does not recant his faith, the authorities compel the village chief and the community to persecute him even more. He is either beaten or kicked out from the village. And lastly, he will be disowned by his family.”

It means so much to believers in Vietnam to know that they are remembered by their global church family. “Even though they don’t see your faces, they are very encouraged and excited to know that brothers and sisters from around the world know them and are praying for them,” Nguyen says.

How can I help Christians in Vietnam?

Please keep praying for your brothers and sisters in Vietnam. Your gifts and prayers make an enormous difference to those following Jesus no matter the cost.

Father God, thank You for the witness of Your children in Vietnam. May they be known for their love and kindness, despite the pressures they face. Soften hearts in Vietnam to eradicate violence and discrimination against Christians and other religious minorities. Strengthen Your people to remain bold and steadfast during times of hardship. Bless Your people with jobs and the means to provide for their families. Amen.