Indian teenager murdered for his faith

Sombaru Madkami, 14, was taken from his home earlier this month. He and his family had been Christians for three years.

Violence against Christians in India is on the rise – in this case, it has taken the life of 14-year-old Sombaru Madkami. 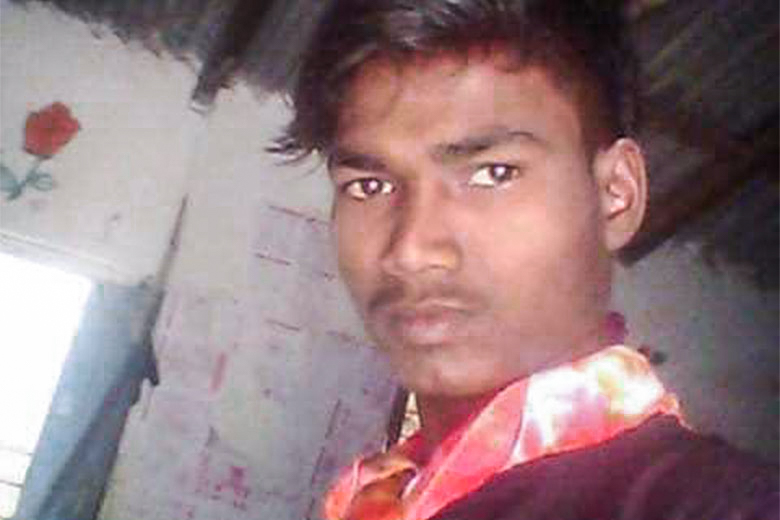 He was taken from his house in the Malkangiri district of Odisha on 4 June, along with two relatives, by a gang of armed men carrying sticks and knives.

But while his relatives managed to escape the gang, Sombaru was beaten to death. Police later found his body buried in the jungle.

Sombaru’s family had faced harassment from villagers where they lived in Kenduguda after they became Christians three years ago.

Sombaru’s murder is one of many violent incidents against Christians recorded in this region of India. Jyothi*, the daughter of a pastor who was murdered in eastern India, escaped with her life after masked gunmen raided her home in lockdown in April.

According to reports, the gunmen demanded why Jyothi was praying with other Christians. They accused her of being a spy before shooting her in the leg.

Pastor Kosha Mosaki of Kalimela says, “Christians in Kenduguda have been facing many threats and are being continually harassed by religious fanatics.

“At least 22 cases of Christian persecution, including murder, have been reported in Odisha in 2019; eight cases, including the latest incident, have been recorded between January 2020 and now.

“In Malkangiri district, there have been 14 faith-based killings of Christians over a span of two to three years.”

Please join us in praying for Sombaru’s family, and for all our brothers and sisters in India who are facing or recovering from violence.

India | October 11, 2022
Christians in India given hope with investigation into Scheduled Caste definition
India | August 18, 2022
Six Indian Christian women arrested at birthday party accused of forced conversions
India | August 15, 2022
Religious minorities ‘on a precipice’ as violent persecution spirals across India
India | August 04, 2022
Shivani in India looks forward to the future, thanks to your support
India | August 04, 2022
Open Doors partners helped Kanak in India when police wouldn’t
India | August 03, 2022
Interview: Preetha and Vinita one year on from their terrible attack
India | July 27, 2022
You strengthened Sudeep in India to speak up in the face of persecution
View India country page