Ismaeil Maghrebinejad, a 65-year-old Iranian Christian from a Muslim background, has been sentenced to three years in prison for ‘insulting Islamic sacred beliefs’.

Please pray for Ismaeil Maghrebinejad, a 65-year-old Iranian Christian from a Muslim background who has been sentenced to three years in prison for ‘insulting Islamic sacred beliefs’. 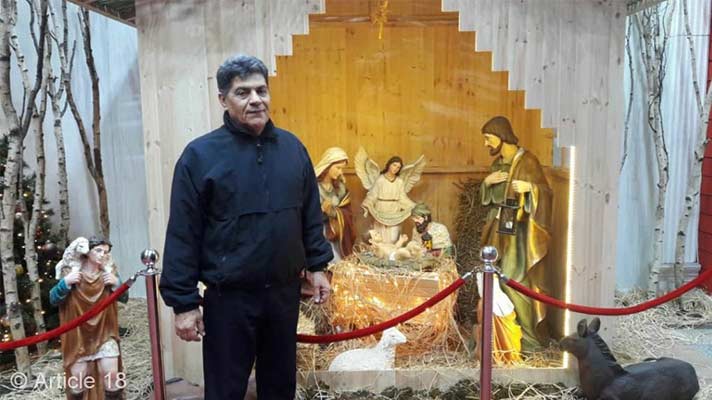 The hearing on 8 January focused on the charge ‘insulting Islamic sacred beliefs in the cyberspace’, relating to a message that Ismaeil had forwarded on his phone which poked fun at the ruling Iranian clerics. He hadn’t written it himself, but this is one of the ways in which Christians are being targeted. Ismaeil still faces two other charges: ‘propaganda against the Islamic Republic’ and ‘membership of a group hostile to the regime’, which relate to his conversion to Christianity and a Telegram channel that he founded to promote Christianity.

The sentencing took place under Article 513 of the Islamic Penal Code, which carries a maximum prison sentence of five years. Praise God that a fourth charge, of apostasy, was dropped at a court hearing in November 2019. If he had been found guilty of this, he could faced the death penalty.

Ismaeil has 20 days to appeal his sentence.

Ismaeil is not a recent convert to Christianity. He chose to follow Jesus nearly 40 years ago, and since then has been frequently harassed by the Iranian security forces. In theory, Iran’s constitution guarantees freedom of religion or belief – in practice, believers from a Muslim background are targeted both by the Iranian government and wider society. When he’d been a Christian for about a decade, someone tried to kill him – he only narrowly survived.

Iran is number 9 on the 2020 World Watch List, and secret house churches are monitored and frequently raided, and dozens of Christians are imprisoned in appalling conditions. Open Doors supports the church in Iran through partners – this is done through distributing Bibles and other Christian literature online, advocacy for those in prison and various forms of training.

Information for this story came from Article 18.

Lord Jesus, thank You for the faith of our sisters and brothers in Malaysia. Please comfort Pastor Raymond and his family, and bring him home safe. Surround secret believers with Your peace and Your love, and help them find opportunities to draw others to You.