Although Myanmar is not in the news as much as it was earlier in the year, the country remains engulfed in crisis as the military continues to strengthen its grip. The ongoing conflict – coupled with the pandemic – is taking its toll on believers. But there are sparks of hope – including 50 children giving their lives to Jesus at a recent event. All names in this article have been changed for security reasons.

Believers in the Christian-majority state of Chin in Myanmar have been left traumatised and homeless as the military intensifies its fight against resistance groups.

Since the beginning of October, the Tatmadaw (Burmese local army) has been sending more troops to the mountainous state to ward off opposition fighters, leading to an increase in churches being ransacked, shelled and occupied. Sadly, one pastor has been killed.

“The situation is difficult to describe,” says Brother Lwin, an Open Doors local partner. “Wherever the military goes, they burn the houses, kill the pigs [which many families rely on for income], and occupy churches.”

“The fighting is intense in Christian areas in Falam Township in Chin State, and Kachin State. It’s alarming because believers’ families there are forced to hide in the forest – migration in the Chin State is happening in droves and the towns have become completely empty. There is nowhere to hide but the jungle.”

Myanmar is the scene of the longest civil war in the world. It is centralised in Christian-majority states, including Chin, which are rich in commodities like jade and timber. Consequently, Christians living there have been vulnerable to persecution by insurgent groups and the army for many years. The military coup, which took place earlier this year in February, has only exacerbated this.

Eight-year-old girl learning to pray for her enemies

“Whenever we hear a loud voice, or gunshots, we are in fear,” shares Zew That, a Chin believer forced to escape the violence.

Zew That points out that the strategy to destroy property is particularly hurtful for the minority Chin people. “For us Chin people, the number one priority is our house. Our house provides shelter. When the house is destroyed, it's difficult for us to forgive. But we know that the Bible tells us to forgive our enemies. We hope that other Christians will pray for us that we are able to forgive.”

To illustrate his point, Zew That shares that even his eight-year-old daughter had previously prayed for the enemies to be killed. “I was shocked when she prayed, ‘Lord, kill the generals. Kill the army. Kill them, please.’ I told her that God wants us to love our enemies, and then she changed her prayer. She said, ‘Lord, please stop the dictatorship.’ All this violence is hard not only for us, but especially for the children.”

Conflict and pandemic taking its toll spiritually and emotionally

“The church has been through so much, and believers are traumatised,” adds Daisy, another Open Doors local partner. “Church building and church properties have been attacked, vandalised, robbed and even burned. According to our field records, 30 churches have been attacked by the military since the coup began.”

In September, Daisy visited believers who’ve fled their homes. “They were staring blankly in front of them,” she said of a visit to one house where there were three women. “There was a sense of hopelessness and fear. They cannot move on. It feels like they were so shocked that they can't even process what is going on around them.”

“We are being pressed from all sides,” shares Brother Lwin, who expects the needs of believers to become more critical with winter quickly approaching. “They don’t have proper clothing. In some villages, the military doesn’t even allow goods coming in. Basic needs – including basic medicines like paracetamol – are out of reach. The people are feeling a sense of helplessness.”

"Amidst the backdrop of intense strife and violence, God is working mightily!" Brother Lwin

Families and churches have also been rocked by Covid-19. In July and August, more than 130 pastors died because of the virus. A new wave is now spreading and there is concern it will spread into the camps for internally displaced people. “The spiritual and emotional toll for their churches and families on top of the conflict is just too much,” says Daisy. “Please pray for God’s presence to be with them.”

Over 17,000 believers reached with help

Thankfully, despite the increased violence, God has been opening ‘pockets of opportunities’ for Open Doors local partners to reach believers in Myanmar.

“We are able to implement training online, and we are able to go and visit the persecuted church and internally displaced people in the midst of unrest in the country,” shares Brother Lwin. “We are able to resume some work with the youth, children and married couples, and God has enabled us to reach refugees with relief.”

As of September 2021, your support has enabled Open Doors local partners to reach 17,135 believers in Myanmar with help, including emergency relief aid and discipleship support.

“Praise the Lord for the food relief distribution for the believers,” shares Hayma Aye, a Christian who has been displaced from her home. “Me and my daughter have been able to sustain our lives so far. It’s been three months for us in the forest. You are our life savers. We are eating beans, soup and rice.”

Over 500 people give their lives to Jesus

Amazingly, local partners are aware of 544 people giving their lives to Jesus this year, with 166 of them deciding to be baptised. “Praise God, even if there is helplessness, we are seeing a lot of people coming to Christ at this time,” Brother Lwin says. “God is still bringing people unto Himself.” 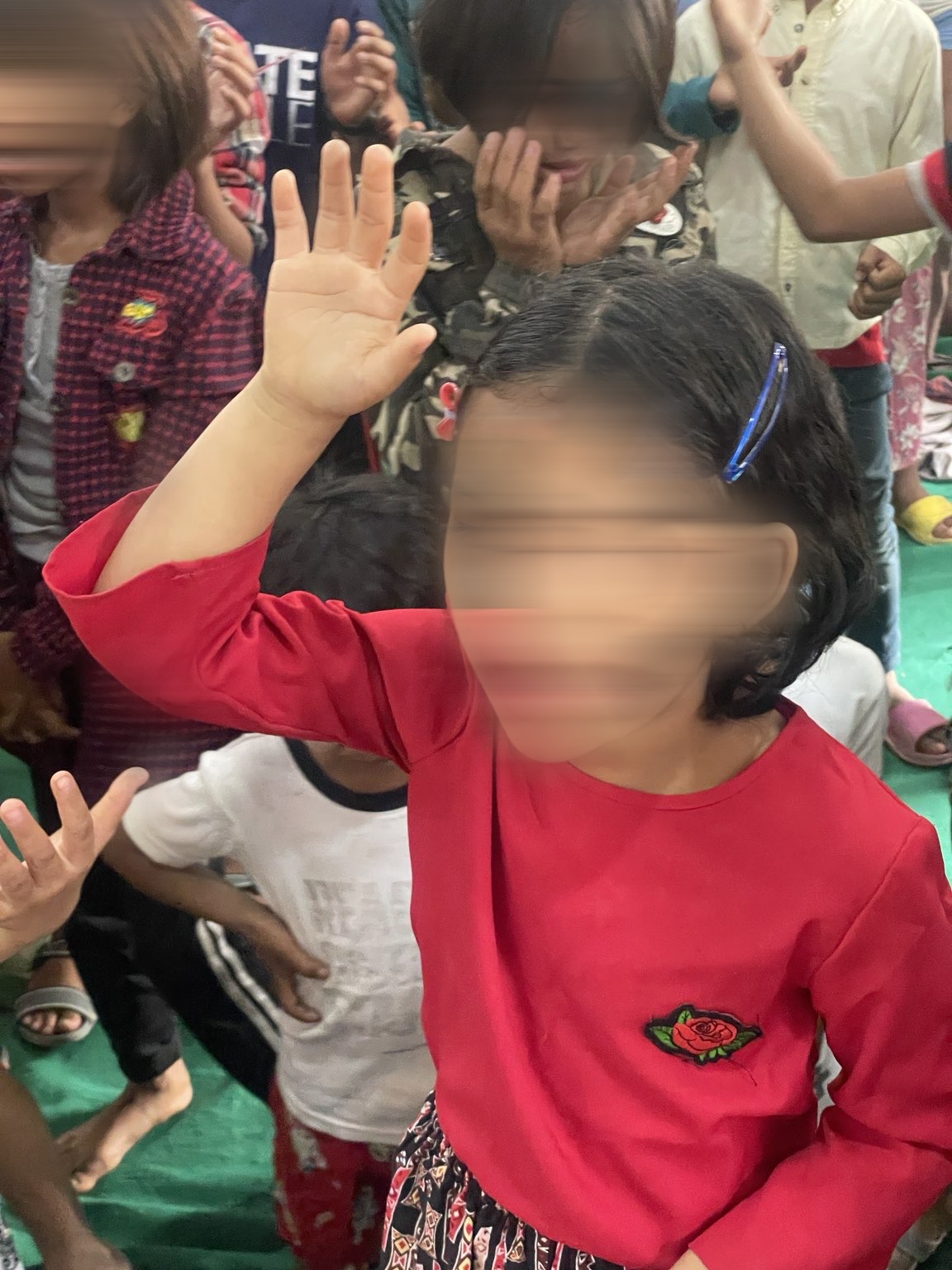 This figure includes 50 children who gave their lives to Jesus in October during an event conducted by Open Doors local partners. “By partnering with local churches, we are reaching out to the unreached children, assure salvation in their young age, strengthen their faith, build good character, and a help develop a Christlike attitude in their lives,” says Brother Lwin. “Amidst the backdrop of intense strife and violence, God is working mightily!”

Brother Lwin requests prayer for the children, as many of them have been feeling the effects of the war. “Children are used as human shields, so they are fleeing to the borders to escape the atrocities,” he says. “These children in Internally Displaced People (IDP) camps and war-affected zones really need mental and spiritual care and healing. We ask you to pray with us for the safety of our children. Pray for a bright and hopeful future for the children of Myanmar.”

“Please also pray for the young people, as they are discouraged. Many youths have started using drugs and drug addiction is increasing. Some have lost their way, and older children – especially teenage boys – are being recruited to join the People’s Defence Forces to fight the junta. Pray that the youths will find hope and strength in Christ.”

Myanmar | February 04, 2022
“The situation is horrific” – one year on from the military coup in Myanmar
View Myanmar country page