It is with great sadness that we report that Reverend Lawan Andimi, the Adamawa state chairman of the Christian Association of Nigeria (CAN), has been executed by Boko Haram militants after he was kidnapped on 3 January.

It is with great sadness that we report that Reverend Lawan Andimi, the Adamawa state chairman of the Christian Association of Nigeria (CAN), has been executed by Boko Haram militants after he was kidnapped on 3 January.

The news of his execution was broken by exiled journalist Ahmed Salkida and confirmed by CAN. One CAN leader, Bishop Dami Mamza, told reporters ransom negotiations were in the works with the terrorists, but ultimately broke down. “They called his wife last week, informing her that they will be beheading him on Saturday, but somehow, they waited till Monday,” Maza said.

The president of the Christian Association of Nigeria (CAN), Reverend Samson Ayokunle, described the killing as gruesome, unfortunate and a shame on the federal government.

Reverend Lawan leaves behind a wife and 9 children.

Please pray for Rev. Lawan's wife and children at this very difficult time, that they would experience God’s comforting presence with them.

The last few weeks have been tumultuous, difficult and heart-breaking for Christians in Nigeria.

On Christmas Day, ISWAP (a faction of the Islamic extremist group Boko Haram) murdered 11 men they had captured earlier in the year. ISWAP apparently gave two reasons for the execution: revenge for the murders of their leaders, Abu Bakr al-Baghdadi in Iraq and Abul-Hasan al-Muhajir in Syria, and a prisoner-swap between themselves and the government that fell through (their captives in exchange for imprisoned members of Boko Haram). ISWAP have claimed that all 11 victims were Christians, but this is disputed by a journalist close to the development who believes that there were some Muslims among the men who died. Christians are particularly vulnerable to abduction in northern Nigeria, which is also the country where the most Christians are killed each year. In 2018, over 4,300 Christians were killed for their faith.

UN Secretary General, António Guterres, released a statement via his spokesperson on the news: “The Secretary General is deeply concerned about reports that civilians have been executed, and others abducted, by an armed group in northern Borno State, north eastern Nigeria. He expresses his deepest condolences to the families of the victims and reiterates the solidarity of the United Nations with the people and government of Nigeria.”

Following this, on Friday 3 January, the Adamawa state chairman of the Christian Association of Nigeria, Reverend Lawan Andimi, was kidnapped by Boko Haram during a raid. The extremist group released a video of Reverend Lawan calling on the authorities to secure his release. He also told his colleagues and family not to sorrow for him, since God's will must be respected. His courage is extraordinary. 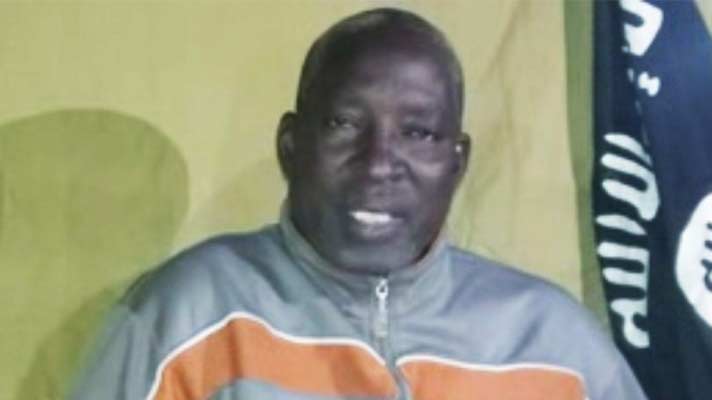 Rev. Lawan Andimi, in a still from a video released by Boko Haram

Please stand in prayer with our brothers and sisters in Nigeria. The Lord knows what they need and is present at all times by His Spirit. Please pray that He will comfort and draw near to all those grieving, and especially for Reverend Lawan, that God would keep him safe and that he would be released soon.

Lord, we can barely imagine what it’s like to follow You in a country so oppressive as North Korea – but thank You that You are sovereign and victorious despite this. Please continue to grow Your church and give solace to Christians who are in prison, courage to those who are secret believers and protection to Open Doors secret workers providing Bibles and vital support. Break the power of evil in North Korea, we pray.