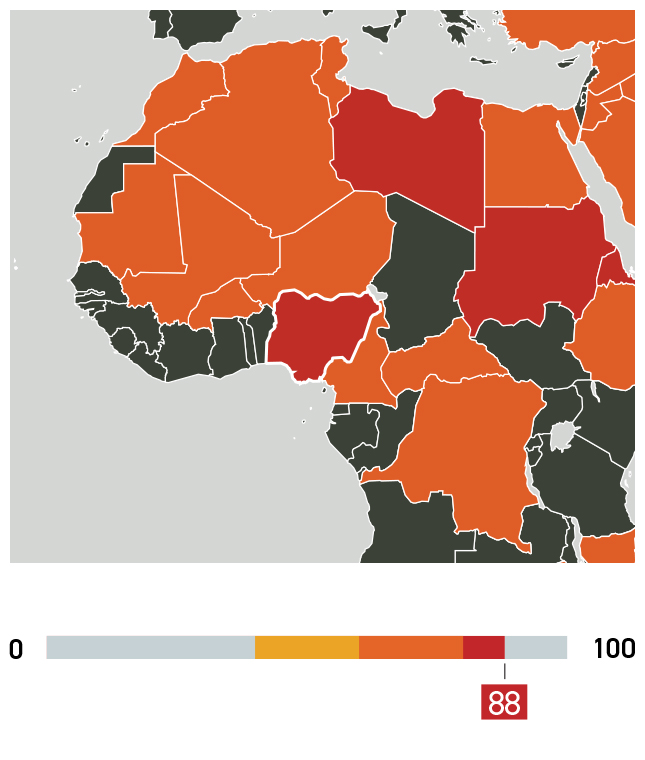 How many Christians are there in Nigeria?

There are just over 100 million Christians in Nigeria – that’s almost half of the country’s 216.7 million population.

How are Christians persecuted in Nigeria?

The persecution facing Christians in Nigeria is extreme and often brutally violent, as Islamic militants and armed bandits attack with increasing impunity.

This mostly affects believers living in the Muslim-majority north and Middle Belt, but it’s also spreading to the south. Although all civilians are subject to threats and violence, Christians are often specifically targeted because of their faith. Boko Haram and the Islamic State West Africa Province (ISWAP), for example, want to eliminate the presence of Christianity in Nigeria. More Christians are killed for their faith in Nigeria than in the rest of the world combined.

Men and boys are often specifically targeted by extremist groups, with the aim of destroying livelihoods and stifling Christian population growth. Christian women and girls in northern Nigeria, and increasingly further south, are vulnerable to persecution for their faith and gender – they are frequently targeted for abduction, sexual assault and forced marriage by armed groups. Christians are dispossessed of their land and their means of livelihood, and many live as internally displaced people or refugees.

In northern states that operate under Sharia (Islamic law), Christians can be treated as second-class citizens, whilst Christians who convert from Islam are also at risk of pressure and persecution. Christians from a Muslim background also face rejection from their own families, pressure to give up their faith, and often physical violence.

“We were working in the fields of our farm when armed men approached us. They kidnapped three of us. They later killed my two friends. I am the only one living.”Agnes, a survivor of abduction by Boko Haram

Agnes was only a teenager when Boko Haram kidnapped her. Life in the camp was horrific. “They forced us to work hard for them,” Agnes remembers. “They kept pushing us to denounce Christ. I was given to a woman who was married to one of the fighters. In secret, the woman was still a Christian. She told me to fake it. That if these people forced me to denounce Christ, I should say yes, but deep down within me I should hold on to Christ.”

You might not blame Agnes if she had questioned where God was through her ordeal. But despite the horror, she found herself recalling over and over a song her father taught her and her siblings.

“When my siblings and I grew up, we were sometimes very worried that people would attack us,” she says. “At those moments, my dad sang this song to us: ‘God will never forsake us. God will never abandon us. Even when there is suffering and persecution, God will never leave us.’”

Agnes eventually escaped the camp after two years, but coming home was not easy. Thankfully, Open Doors partners have been supporting her with trauma counselling, and they are helping to end the stigma that surrounds young women who’ve suffered like Agnes.

Is it getting harder to be a Christian in Nigeria?

Nigeria has moved up one place on the World Watch List this year, reflecting the increasing jihadist violence across the country. Christians continue to be attacked indiscriminately and brutally in northern Nigeria, and the violence has now spread to southern Nigeria. As the government persists in its official position of denial of religious persecution, Christians' rights continue to be violated with impunity.

How can I help Christians in Nigeria?

Please keep praying for your brothers and sisters in Nigeria. Your gifts and prayers make an enormous difference to those following Jesus no matter the cost.

Father God, the violence and brutality across Nigeria is unimaginable. Please intervene to stop these evil attacks and work in the hearts of the militants to turn them from hatred to Your love. Heal Your people who are traumatised by attacks. Give them fresh hope for the future and the means to support themselves financially and socially. Bring about change in the government to protect Christians, and help the president and state governors to work transparently to find lasting solutions to the deepening security crisis in Nigeria. Amen.