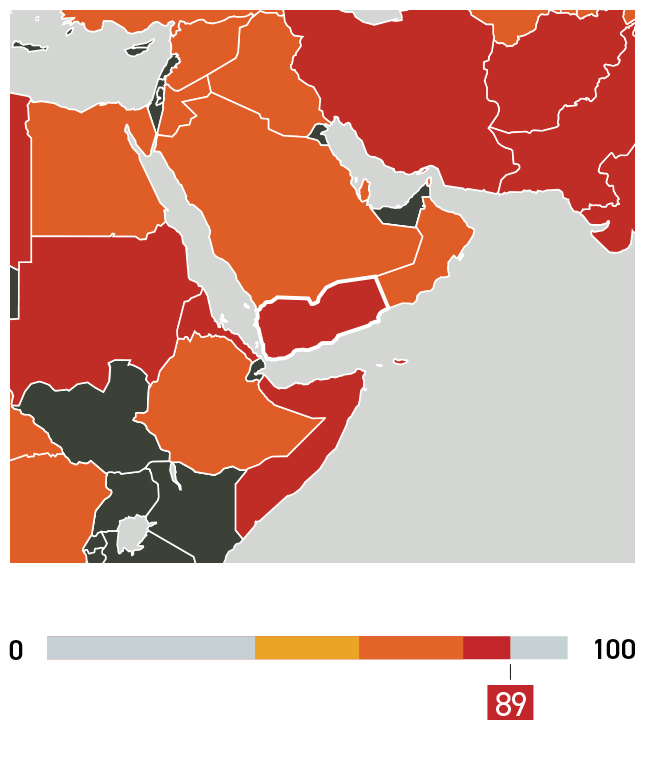 How many Christians are there in Yemen?

From a population of 31.2 million, there are only a few thousand Christians in Yemen.

How are Christians persecuted in Yemen?

Yemen is strongly tribal and tribal law prohibits members of the tribe from leaving. The punishment for becoming a Christian might be banishment or even death.

It’s also illegal to convert from Islam to Christianity, and Islamic extremist groups including al-Qaeda and so-called Islamic State threaten ‘apostates’ with death if they do not return to Islam.

A woman who converts to Christianity is considered to bring shame on the whole family. She might be isolated in the home (under house arrest), physically and mentally abused, raped or even killed to ‘restore the honour’ of the tribe or family.

If their faith is discovered, Christian men are likely to be imprisoned, detained or even killed. Imprisoned believers have reportedly suffered physical and mental torture. Considering these pressures, many Christian men choose to flee their home to another country.

All Yemenis are affected by the humanitarian crisis caused by the ongoing civil war, but Yemeni Christians are additionally vulnerable since emergency relief is mostly distributed through local Muslims and mosques, which allegedly discriminate against all who are not considered to be devout Muslims.

“When I came to faith, I thought I was the only believer in Yemen. For a long time I didn't know any other Yemeni Christians.”Mohammad, a yemeni believer

Life is dangerous for all Christians in Yemen. But some believers in certain areas are at particular risk, such as Christians living in the south, where there is a strong al-Qaeda presence. Converts from Islam to Christianity have also indicated that there is more pressure in the Shiite Muslim-controlled areas in the west than in areas under control of the Sunni government.

Most believers from a Muslim background cannot gather together, because of the growing fear that neighbours will report them to the local authorities. Displaying Christian symbols could lead directly to imprisonment, physical abuse or even execution.

But the number of believers in Yemen is growing. Mohammad* and his wife Alima* set up several secret house churches after they came to know Jesus. “For God, nothing is impossible,” Mohammad says. “The one thing we can expect is persecution. But, in the Bible, we see how Paul, because of persecution, went from place to place and that the end result was a strong church. That is what I hope for the Yemeni Church too. We hope that the Word of God will spread in Yemen and that Yemen will be won by Christ. That is our daily prayer. The church in Yemen is definitely growing.”

Is it getting harder to be a Christian in Yemen?

Yes – Yemen has risen two places on the World Watch List, and the increase in score is largely due to a higher number of reported incidents of violence against Christians.

How can I help Christians in Yemen?

Please keep praying for your brothers and sisters in Yemen. Your prayers make an enormous difference to those following Jesus no matter the cost.

Open Doors supports the body of Christ in Yemen by distributing relief aid and Christian literature, and offering shelter, protection and livelihood training to persecuted believers and their relatives.

Father God, bring stability to this country that has suffered so much conflict. Protect those believers who trust You in secret. Draw close to them and remind them of Your love. Provide for people living in poverty and give them a sufficient share of the emergency aid. Bring reconciliation to the factions in conflict and restore peace to this land. Strengthen the secret church. Amen.