The children at St Joseph's School in Qaraqosh, Iraq, have been able to return to their school that had been used as an IS base. Now they share their dreams for the future. 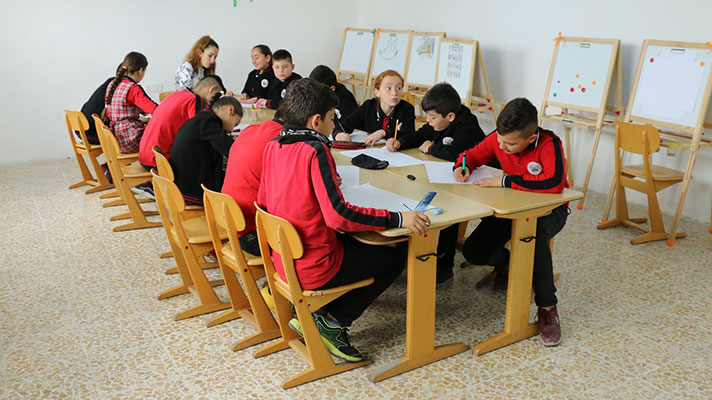 This is the fifth grade of St Joseph’s School in Qaraqosh, Iraq. For much of their lives, these children have been living in displacement, with no permanent home – or education. Five years ago, they had to flee Qaraqosh when so-called Islamic State (IS) took over their city. Their school was used by IS as an army base.

Recently, the children have been able to return to their city, and thanks to your support the former IS army base was transformed back into its original purpose: a school.

Because of you, these courageous children can dream again. Here, they share their dreams for Qaraqosh and Iraq. 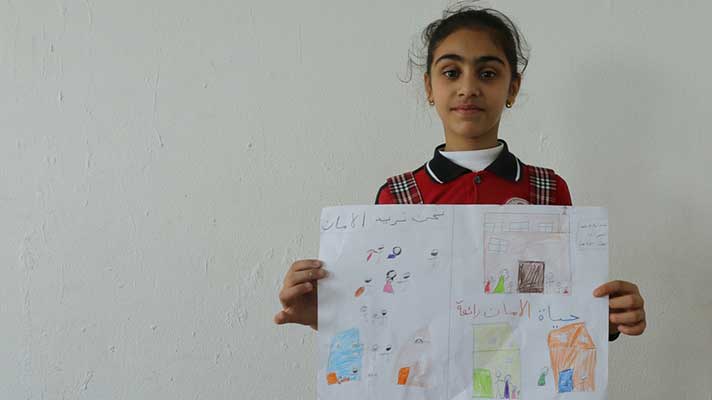 Malak expects God to take care of her. Her favourite Bible story is the feeding of the 5,000; it reminds her that God takes care of her daily bread. She dreams that her city will always be safe. She says, “On the left side I drew our town with IS. I used dark colours, because it was a very unsafe situation. On the right side I drew my city as I like to see it: safe and colourful. Safety makes me happy.”

Marsel (12) dreams of a city in which people help and love each other; a city in which he can play on the street with his friends. As he says, this can only be achieved with the help of Jesus. That’s why he drew a big cross at the entrance to the city. “Jesus rose from the dead to deliver us from sin. Only the cross can deliver us from evil.” 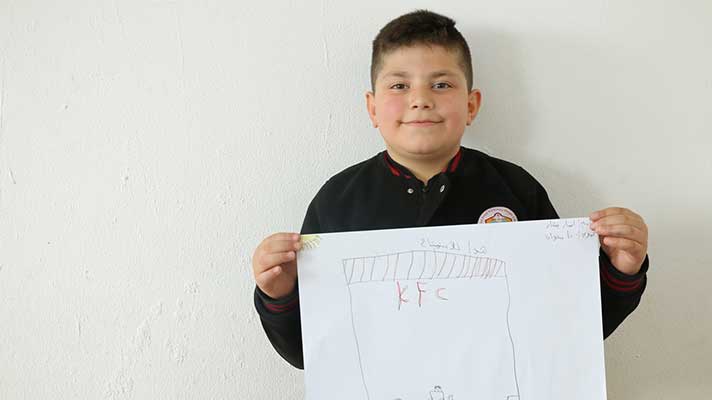 Anmar is also a fan of the Resurrection story: “Before Jesus died, people didn't believe He was the saviour, but when He rose from the dead, many people became believers,” he says. He hopes there will be shopping centres, amusement parks and, most importantly, a Kentucky Fried Chicken restaurant! 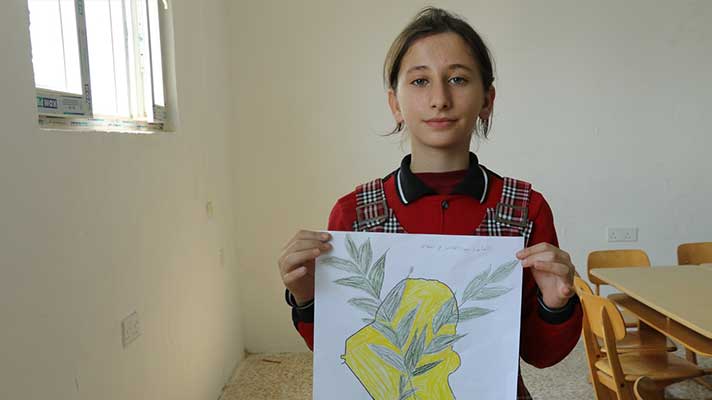 Basma drew the map of Iraq with a palm branch, the symbol of peace. “My dream is that we have peace in our country, and we collaborate.” Another dream of Basma is to see all of you! “I hope that many people from all over the world will come to visit our city.” 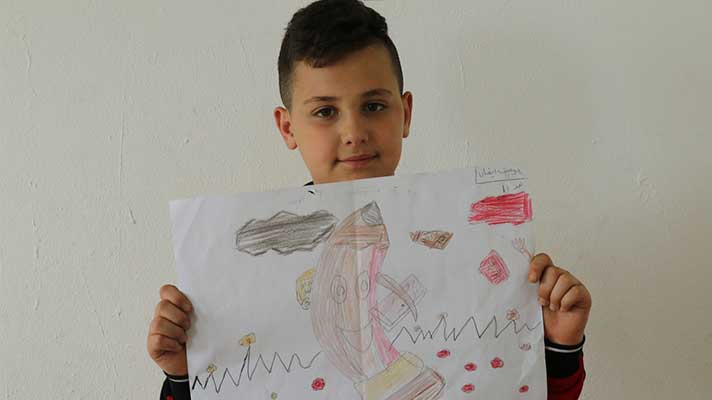 Yousif hopes that IS will never return to his city. Through his favourite Bible story, the storm on the lake (Matthew 14), Jesus tells him to trust in God: “When the storm comes, Jesus tells his disciples not to be afraid.” He drew a cartoon pencil to colour his city. He would like his city to have lots of parks and other places to play with his friends. 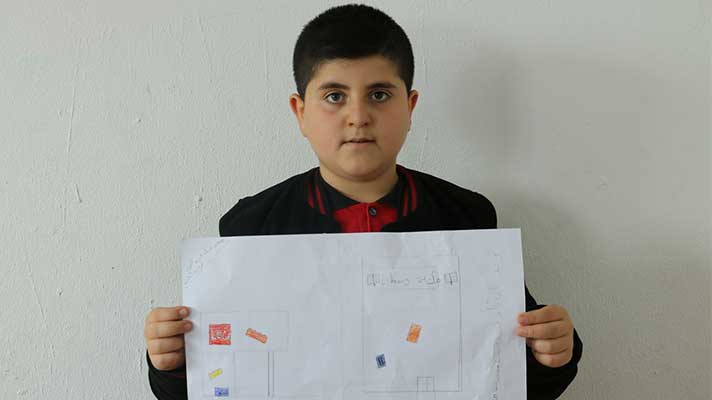 Majid drew a library. He wants his town to be educated. He also included a Lego factory because Majid, an eager learner himself, dreams of becoming an engineer. The Bible taught him to be patient and strong. He wants to be like Jesus in the story of the temptation in the desert, where Jesus fought all temptations and achieved victory over evil.

Mary loves the story of Jesus' Resurrection. She says, “It proves that He loves us.” She dreams that people in Qaraqosh will live together in love, and that there will be peace. In her picture, she drew a family having a picnic. “They can do that, because there is peace.”

YOU CAN HELP DREAMS COME TRUE IN IRAQ

Many houses, schools and churches destroyed by IS have already been renovated or rebuilt with your support. Advocacy projects have started, and our trauma care projects are up and running, thanks to you.

But the work isn't done yet. With your continued support you can play a part in making the dreams of these children, and children like them, come true.

£15 could go towards setting up a family in employment or helping them open a small business.