Of the millions of people around the world who were forcibly displaced in 2021, tens of thousands of them are Christians who’ve fled violence, war, and even their own families and communities. But thanks to your prayers and support, Open Doors partners are helping courageous refugees who are making enormous sacrifices because they love Jesus.

Tens of thousands of Christians were forcibly displaced in 2021, either within their own country or across borders. The reasons for fleeing their home vary: violence, forced conscription, civil conflict, state repression and even family oppression due to their faith. The vast majority of displaced believers remain in their region, displaced in-country or as refugees.

EVERY £37
could provide emergency food, medicine and clothing for a month to a family of Christian refugees fleeing extreme persecution.
my gift today

For persecuted believers, leaving their home often means also leaving their family, friends, community and livelihoods behind. But God goes with them. And, thanks to your prayers and support, Open Doors partners are there too, helping courageous refugees who are making enormous sacrifices because they love Jesus. That might be at safe houses, like the ones in China welcoming North Korean refugees, or it might be in countries neighbouring those where Christians face the most extreme persecution.

North Korea: “Safehouses showed me the love of humanity”

Timothy*, a North Korean refugee who has since settled in the UK, came across a safe house run by Open Doors fieldworkers in China when he escaped North Korea the first time: “When I entered [the safe house] and saw the first person who offered me food, shelter and water, it showed me the love of humanity. They did not ask me anything. The love, it came unconditionally. And that humanity and love and beauty – where does it come from? This is from our God. My message is that the safe house was there and has to be there today and it has to be there even tomorrow.”

Many Afghan Christians fled to neighbouring countries after the Taliban took control of Afghanistan in September 2021 – and, thanks to you, Open Doors partners like Hamad* are waiting to receive them with essential practical and spiritual support. “As Christians, we don’t reject refugee people,” says Hamad. “We accept and serve them.”

Cameroon: “I need God to stay with me in every situation”

In sub-Saharan Africa, meanwhile, tens of thousands of believers are having to live in refugee camps – displaced from their homes because of conflict and violence. Open Doors partners are providing crucial aid. “We want to ask you to continue to pray,” says Sulieman*, an Open Doors director in West Africa. “Believers in the refugee camps are struggling for food.”

Fadi Zara is a young woman from Cameroon who has had to flee many times because of ongoing violent attacks by Islamic extremists. Particularly for women, being displaced brings increased vulnerability. Tragically, Fadi’s younger sister – just 14 years old at the time – was taken by Boko Haram in 2015. Fadi has not heard from her since. Not long afterwards, her mother died from the shock.

And yet, despite these tragedies, she still turns to Jesus in worship and adoration. She is still far from home, living as a refugee in another town – but now she knows she is not alone. Open Doors partners are able to give her much-needed emergency aid. “All these things, I am surprised for getting these things in my life today,” Fadi says. “I am very, very happy. I need God to stay with me in every situation, to work His wonderful power in my life.”

Across the world, Christian refugees receive vital aid, and know that they aren’t abandoned – thanks to your gifts and prayers.

Please pray
Father God, we lift up our global church family who have had to flee their homes and countries because of their faith. You, who fled persecution as the infant Jesus, know what Your children suffer. Draw near to them, provide for their needs, and show them the richness of Your mercy and love. Equip Open Doors partners who serve refugees to be Your hands and feet. Amen.
Please pray 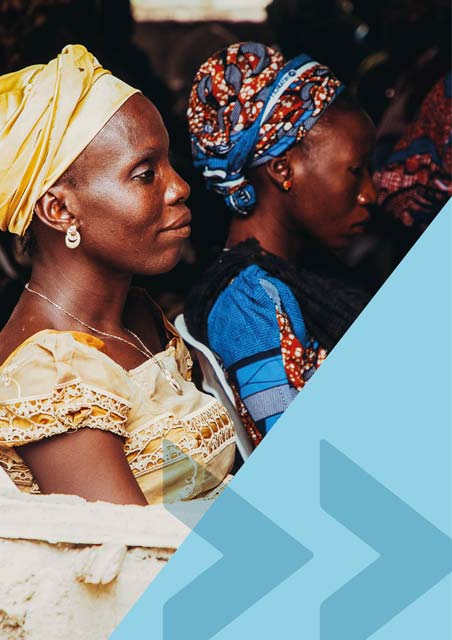